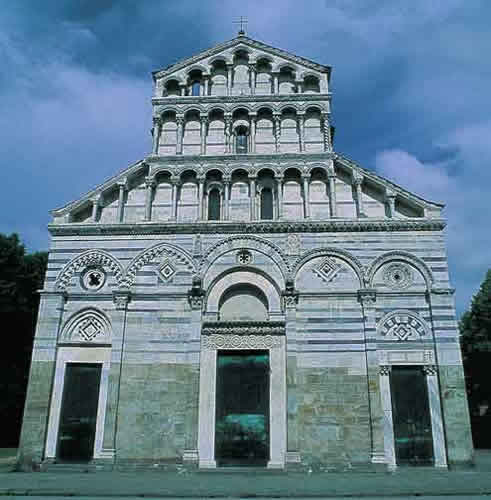 History of the Church of San Paolo a Ripa d’Arno
Ranks among the masterpieces of Romanesque architecture was founded around 925 and is attested since 1032, the convent is documented from 1147. During the construction of the cathedral, was granted the right to worship and public functions in the great solemnity in San Paolo a Ripa d’Arno.

It belonged to the monks of St. Benedict since 1092 and was the seat of the monks of Vallombrosa. In the mid twelfth century, was enlarged in ways similar to the contemporary cathedral. Following the church and monastery were entrusted to Cardinal Landolfo Marramauro commendation, and in the sixteenth century were awarded the Order of the Knights of Santo Stefano. With the suppression order, the church became a parish.

In the nineteenth century were made several renovations, but the building suffered some damage during the Second World War and therefore was again restored between 1949 and 1952. As a direct result of the postwar interventions were demolished most of the buildings that were in adherence to the church at the chapel of St. Agatha. 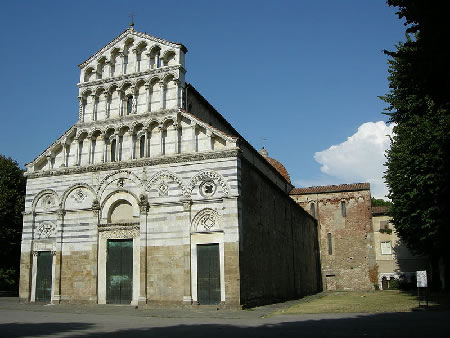 Description Church of San Paolo a Ripa d’Arno
The structure of an Egyptian cross (or commissa) apse, with three naves with a dome at the intersection of the transept.

Outside, in the marble facing two-tone bands are reused Roman marbles, but it does not follow the entire perimeter of the church, would suggest the presence of the adjacent convent of the brothers, now deceased, on the southern side of the building.

The gabled facade with pilasters, blind arches and marble inlays and three orders of loggias, with carved string-course cornices, was completed in the fourteenth century by Giovanni Pisano.

The interior is divided by columns and arches slightly sharp, is quite bare and the ceiling is made of a lightweight wooden warping to view. Include: fourth-century Roman sarcophagus used as a tomb medieval wooden crucifix of the thirteenth century frescoes Buffalmacco and Madonna and Child with Saints Turino Vanni (fourteenth century).